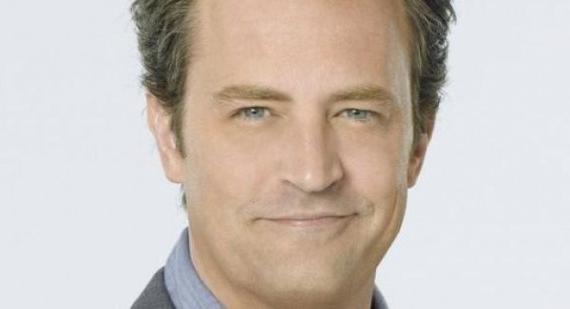 Matthew Perry has a new, in-depth interview with the LA times promoting his new TV show, ‘Go On’, which premieres on September 25th, on NBC.  In it, he discusses a number of different things, but starts with reminding reporters that he doesn’t want to talk about Friends.

The ‘Go On’ creator talks about wanting Perry for the lead role, saying, "I didn't even know if he was entertaining television again.  But two hours into writing the pilot, I just kept thinking, 'Matthew Perry, Matthew Perry, Matthew Perry!' No one could deliver this but Matthew Perry. There is a lot of heavy-lifting — it's not easy to find someone who can do comedy and drama at the same time, and do it well. Matthew is the actor that can."

Perry also talks about his show ‘Mr. Sunshine’, which after debuting to high numbers, got cancelled.  He talked about the experience, saying, “"I was worn out.  I learned a valuable lesson doing 'Mr. Sunshine,' which is that I didn't want to be in charge because it's too much. Being in charge and acting in every scene was just too difficult. It's like eating dinner in a moving golf cart every night. It could never be a stagnant golf cart, it had to be moving somewhere at all times."

Matthew Perry: Comedic genius
9th November 2015 @ 08:54am
There are smart men, there are successful men, and there are those that are funny, but very rarely do you find all three qualities in one man, but we do ...

Matthew Perry mystifies fans with big screen absence
11th February 2015 @ 03:58pm
Matthew Perry's return to television with his sitcom "The Odd Couple" has fans wondering why he is not in any big screen movies.

Matthew Perry still trying to recreate the Friends glory years?
24th October 2014 @ 01:33pm
Matthew Perry played Chandler Bing in Friends but the actor has failed to find the same level of success in his career since