Liam Neeson is back as Bryan Mills in Taken 2, the sequel to 2008’s Taken, which ended up grossing over $220 million at the box office.  Neeson has a new interview with Flicks and Bits where he talks about the premise of Taken 2, how he does his own stunts, and his relationship with his on-screen daughter Maggie Grace.

When talking about the premise, Neeson says, “Bryan finds himself in Istanbul, Turkey, looking after a Sheik. He’s looking after this Sheik’s security detail for three or four days. Then after, he invites his ex-wife and daughter, who’s on an Autumn break from school, to come over to Istanbul and see the sights, have a few days of rest and relaxation….and then, nasty things happen again (Laughs). The situation Bryan finds himself in is something any of us can relate to. If your child was threatened, you’d do anything to right that wrong. And with Lenore, their connection has suddenly become very strong because Lenore has been going through a hard time. Bryan is a shoulder for her to lean on, and the relationship grows and develops from there.” 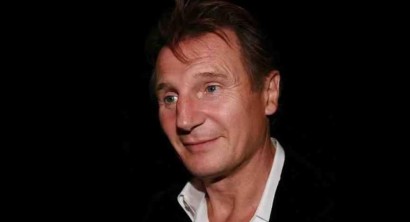 He also talks about having a great stunt team, saying, “It’s great to do that stuff, and we had a terrific stunt team on ‘Taken 2.’ I have a wonderful stunt double, Mark Vanselow, who’s my buddy, and he’s been in my life, professionally, for 12 or 13 years. He does all the hard stuff (laughs)! Returning to Bryan Mills was a chance to get with Mark again and do all the fight training. And with Bryan, he’s a bit of a spy, a bit of a commando, there’s a lot there so it was fun to work on that.”

He adds that Bryan’s over-protectiveness of his daughter is a little crazy, saying, “Bryan’s too overprotective, you know? He sees red with the fact that his daughter’s got a boyfriend. He’s just livid, and he does a full security check on this kid. Which is crazy – too overprotective (laughs). But that bond is there of course, they absolutely love each to death as father and daughter. And it’s so easy to have that relationship with Maggie Grace, she’s a wonderful wonderful actress. She’s very warm, she’s easy to love, you know (laughs)?”