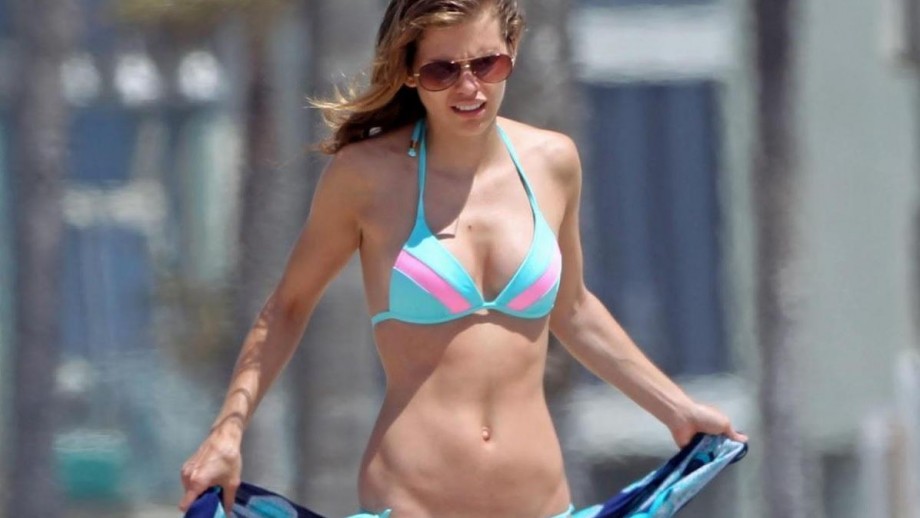 Actress Annalynne McCord is currently heating up the small screen on the nighttime TNT television soap "Dallas". She plays
Heather, a new girl on the ranch who wins the heart of Christopher Ewing even though she has a son and an ex-husband. The attractive actress is making an impression once again with television and movie directors and producers for her ability to dominate a scene merely by her presence and thus is earning significant praise as a scene winner and scene stealer. 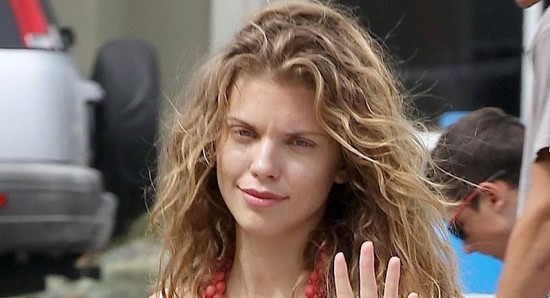 Annalynne McCord in cute white crop top
It is one thing for a performer to steal a scene just by their top level performance when it obvious from the lines of the the character that if another individual stated the same words they would not have the same impact. It is a completely different situation when the scene is made for an actor and the actor's performance is such that one can only match the level of the performer but not leave a more memorable impression. This beautiful actress is a guest actress on season 3 of "Dallas" and in each scene she has been memorable to the extent that other producers and directors are envisioning her as the lead actress in either a movie project or a television drama.
Annalynne McCord is a scintillating beauty and as such sometimes her acting skill, in particular her ability to show the flaws of emotionally vulnerable or damaged character can be overlooked but she is an exceptional acting talent and she is reminding the world of this fact with her performance in "Dallas". 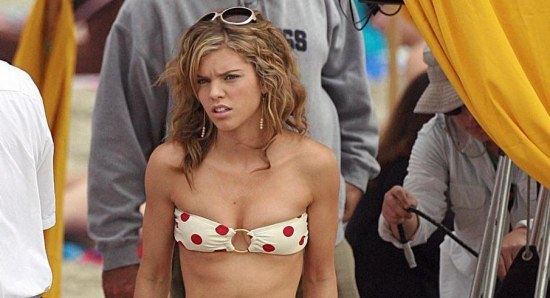 Annalynne McCord in polka dot bikini
Her next project is the thriller movie "Gutshot Straight" and entertainment insiders are speculating that in the future producers and directors are going to be looking to maker her the leading lady in their projects because of great acting range and stunning model appearance.
Annalynne McCord on Chelsea Lately talk show
200 Fan Uploads: Annalynne McCord and 90210 Gallery

Jessica Lowndes' scintillating bikini photos bring attention to Cannes film
20th May 2015 @ 04:31am
Jessica Lowndes has men and women very interested in the release of her film "Larry Gaye: Renegade Male Flight Attendant" thanks to her scintillating va ...