News » 34 of the hottest babes in comic book TV shows 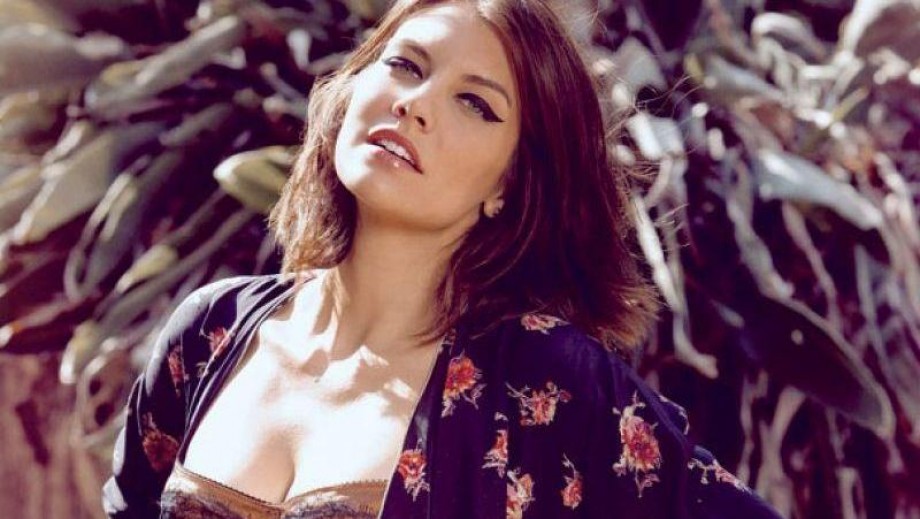 34 of the hottest babes in comic book TV shows

While it is fair to say that the comic book movies have been taking over Hollywood, with a huge amount of impressive and successful superhero movies hitting the big screen in recent years and plenty more lined up for many more years to come, the small screen has also been doing plenty to impress, with a lot of the top TV shows today being based on one particular comic book or another.

In these comic book television shows, we are finding that there are more and more beautiful and talented actresses getting involved, which we have to admit definitely makes them that little bit more easy to watch. With so many sexy stars appearing in so many different comic book TV shows, we decided to bring you some of the hottest babes to grace some of these shows. Enjoy!

1. Actress Krysten Ritter has shown that she has what it takes to mix it with the best comic book stars in the business, thanks to her role as Jessica Jones

2. We have seen a number of different actresses playing Lois Lane over the years but not many as sexy as Erica Durance in Smallville

3. While Gal Gadot is smashing it on the big screen as Wonder Woman, Lynda Carter will forever be the number 1 Wonder Woman star in our eyes

4. The Walking Dead has had a lot of hot women over the years, including the beautiful Danai Gurira, who plays Michonne in the hit zombie series

5. Powerless might not have been as successful as we were all hoping for but there is no denying how hot Vanessa Hudgens is

6. Malese Jow played Linda Park in The Flash and fans are still hopeful that she could make a return in the future

7. Willa Holland has been fantastic as Thea Queen aka Speedy in Arrow and is one of the main reasons we continue to watch the show

8. When it comes to Maisie Richardson-Sellers, there are not many hotter Vixens in the world

9. We have already had one hot The Walking Dead star and here is another with Alanna Masterson, who plays Tara on the show

10. There have been many hot actresses to play Catwoman over the years but Julie Newmar was the original and arguably the hottest 11. Rose McIver is a stunning star who has made iZombie the show it is today

12. And here is another The Walking Dead babe. Emily Kinney won our hearts as Beth, before her death then broke it more than any death on the show yet

13. Eartha Kitt may have become best known for her music career but who could ever forget her role as Catwoman?

14. We are sure there are many of you who are not even aware that Ashley Scott played the Huntress in a Birds of Prey series

15. When Aubrey Plaza was cast in Legion we were unsure if it would work but she has since become one of the best things about the show

16. Agents of S.H.I.E.L.D. has been a mixed bag over the years but Ming-Na Wen has definitely been a huge plus for the series

17. So Inhumans has missed the mark by a very long way but at least Serinda Swan still looks as hot as ever 18. Arrow has given us a lot of hot stars over the years but Jessica De Gouw as the Hubntress is up there with the best of them 19. Elizabeth Henstridge as Simmons has certainly made Agents of S.H.I.E.L.D. more bearable

20. Deborah Ann Woll is now up there with the hottest babes to appear in any Marvel project be it big screen or small screen

21. Another Smallville star with Cassidy Freeman being one of the best villains to grace the small screen

22. Supergirl is yet another show with plenty of sexy stars including Chyler Leigh as Alex Danvers

23. Katrina Law as Nyssa al Ghul in Arrow is one of our favourite comic book babes ever

24. Laura Vandervoort has to be the hottest Supergirl to ever hit the screen

25. While The Walking Dead boasts a lot of hot stars, Lauren Cohan has to be the hottest of the bunch

26. Playing Lois Lane in Lois & Clark: The New Adventures of Superman made Teri Hatcher one of the sexiest stars on the small screen

27. Caity Lotz first won us over in Arrow before then going on to star in the spinoff series Legends of Tomorrow 28. Kristin Kruek will forever be in our hearts as Lana Lang in Smallville

29. Rosario Dawson continues to blow our minds in the Netflix Marvel TV universe 30. Summer Glau has been a fans favourite of ours for many years now so we were delighted when she joined the cast of Arrow

31. Hayley Atwell has played Peggy Carter on both the big screen and the small screen and is still one of the hottest Marvel stars around

32. Adrianne Palicki may have failed with her Wonder Woman series but she was a hit as Mockingbird in Agents of S.H.I.E.L.D.

33. Katie Cassidy is arguably the hottest babe to ever appear in the hit series Arrow

34. And we end with a trip to Gotham with the stunning star Morena Baccarin. Enjoy!