There have been many different television shows over the years, which have started off very strong, built a huge fan base all over the world, going on to give us a string of fantastic seasons, before then finally beginning to lose its way, going on for far too long and beginning to lose many of the fans who used to love the show. With that said though, what these shows do manage to do, is bring us some very beautiful and talented stars, some of which actually go on to become bigger and better than the show they have been appearing in for so long.

Which brings us to the stunningly beautiful and extremely talented actress Lauren Cohan, who has actually been working in Hollywood for many years now and has appeared in a lot of well known television shows, before she finally became a household name around the world after being cast in the role of Maggie for the hit AMC zombie series The Walking Dead. There has been talk recently of Lauren leaving the show at the end of the season, since her contract is up, but we are going to show you just why Cohan is bigger and better than the show and can go on to become a huge Hollywood star without it. Enjoy! 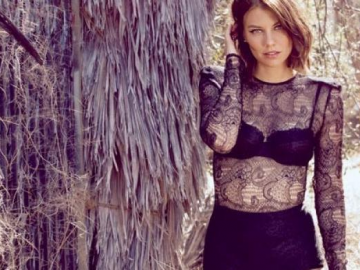 Lauren Cohan is not leaving The Walking Dead 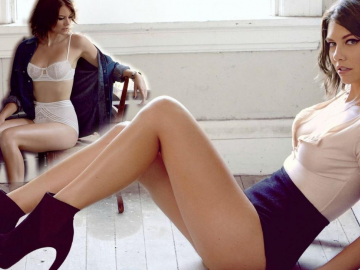 26 Lauren Cohan pics proving she is bigger and better than The Walking Dead
7th Febrero 2018 @ 02:18pm
There have been many different television shows over the years, which have started off very strong, built a huge fan base all over the world, going on t ...

34 of the hottest babes in comic book TV shows
5th Diciembre 2017 @ 09:43am
While it is fair to say that the comic book movies have been taking over Hollywood, with a huge amount of impressive and successful superhero movies hit ...

Lauren Cohan to reprise Martha Wayne role in The Batman?
9th Febrero 2017 @ 11:23pm
Are we going to get to see Lauren Cohan reprising her role for a few scenes in the new DC movie The Batman?

Lauren Cohan reveals how she becomes invisible 'dream woman' to fans
20th Julio 2015 @ 12:21pm
Lauren Cohan has become so popular that she sometimes she feels the need to wear a disguise so she is not bothered while walking on the street.

Real life 'scaredy-cat' Lauren Cohan continues impressive ascent with 'The Boy'
30th Marzo 2015 @ 05:06am
Lauren Cohan avoids watching 'scary movies' in real life but thrives in acting in thriller projects which have enhanced her reputation as a Hollywood ac ...

Walking Dead's Lauren Cohan stuns in black dress at AMFAR gala
3rd Noviembre 2014 @ 02:34am
Lauren Cohan looked exceptional at the AMFAR gala as she brought attention to the fight against AIDS and her show "Walking Dead"

Lauren Cohan's 'racy' conversation about tv intimacy stuns fans
17th Octubre 2014 @ 05:03am
Lauren Cohan was interviewed by Nylon Guys and the comments of the ex-lingerie model about tv sex and intimacy have made her a favourite of many men on ...