The hit reality television series Big Brother has given us some very beautiful women over the years but, while most of these women enjoy their five minutes of fame before disappearing from the scene altogether, there have been a few who have gone on to show that they do have some longevity in the business, becoming very successful and setting themselves and their family up for life.

Welsh beauty Imogen Thomas might not have won the show when she appeared on Big Brother but it is pretty much fair to say that she has been one of the most successful people to ever come out of the show. Imogen has gone on to enjoy a huge amount of success on the modelling scene, before turning her hand to other business ventures, but we wish that we could see much more of the stunning star and here we will show you why. Enjoy! 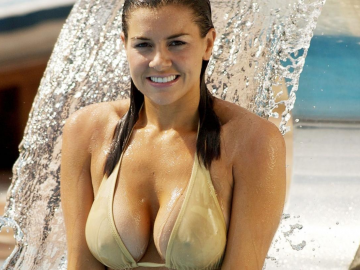 Imogen Thomas opens up about her breast reduction 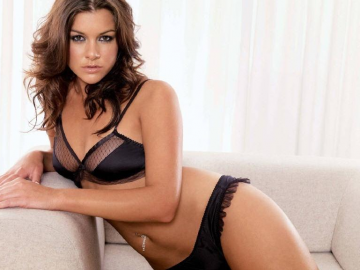 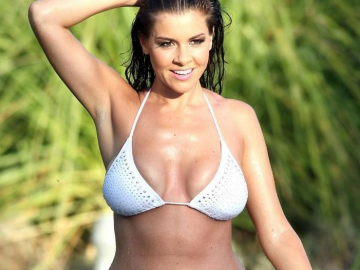 Imogen Thomas opens up about her breast reduction
29th August 2017

21 pictures that show why we want to see more of Imogen Thomas
18th Diciembre 2017 @ 10:19am
The hit reality television series Big Brother has given us some very beautiful women over the years but, while most of these women enjoy their five minu ...

Imogen Thomas body back to its best following weight loss
19th Abril 2016 @ 05:21pm
Imogen Thomas has managed to shed two stone since giving birth and looks fantastic for doing so

Imogen Thomas gives a very important piece of advice
5th Marzo 2015 @ 09:03am
Welsh beauty Imogen Thomas has given people a top tip for when carrying you baby while at the pool

Imogen Thomas reveals her secrets to happiness
16th Enero 2015 @ 10:20am
Former glamour model Imogen Thomas has revealed how she is happier than ever now that her modelling days are over and she gets to spend time with her fa ...

Imogen Thomas gushes over baby Ariana
3rd Septiembre 2014 @ 09:59am
Welsh beauty Imogen Thomas has posted pictures of her daughter Ariana while gushing about her baby girl

Imogen Thomas pictures to reveal post-baby body
17th Septiembre 2013 @ 04:07pm
Imogen Thomas has posed naked to show off her body following the birth of her baby

Baby boom! Imogen Thomas and Jessica Simpson amongst pregnant stars
21st Enero 2013 @ 11:54am
There's been a recent baby boom in the celeb world...

Imogen Thomas Offers Some Advice To New Big Brother Contestants On Their 'Voyage Of Discovery'
8th Junio 2012 @ 12:44pm
Imogen Thomas proves that she remains a fan of Big Brother.

Imogen Thomas: 'I'm a size 10 to 12, but now I feel extremely comfortable in my body'
9th Mayo 2012 @ 12:25pm
Imogen Thomas has told how she struggled with her weight as she turned to binge eating during the Ryan Giggs superinjunction controversy.

Imogen Thomas flaunts her curves on holiday
27th Abril 2012 @ 02:02pm
Imogen Thomas has been looking incredible on her recent holiday, and has been seen enjoying a spot of reading.