Emily Ratajkowski has had a rather interesting career in the entertainment industry, with the stunning star getting in some acting experience at a young age, before then going on to pursue a career in the modelling industry, become a household name around the world and getting to work with some of the biggest and best names on the modelling scene.

However, acting has always been something that Emily Ratajkowski has wanted to do, so it was no surprise when she confirmed that she would be returning to the Hollywood scene and testing herself alongside the top stars in the acting game. Since then, Emily has appeared in a number of new movie projects, with plenty more lined up for the next few years, so we are going to take a look at what is making her so popular in Hollywood. Enjoy! 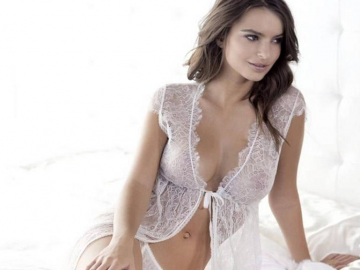 Emily Ratajkowski reveals the secrets to her sexy body

Model Emily Ratajkowski has made the move into the acting industry but does she have the ability or potential to become a future Oscar winner? 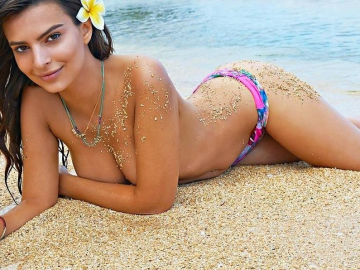 21 times Emily Ratajkowski proved she is as much an actress as a model
10th Noviembre 2017 @ 01:28pm
Emily Ratajkowski has had a rather interesting career in the entertainment industry, with the stunning star getting in some acting experience at a young ...

Rosamund Pike is an actress very much in demand
30th Abril 2015 @ 09:40am
British actress Rosamund Pike has found herself one of the most sought after actresses in Hollywood

Rosamund Pike Oscars 2015 win would be much deserved
21st Enero 2015 @ 12:02pm
Rosamund Pike has been nominated for the Best Actress Oscar and if she was to win the award it would be well deserved

Gone Girl sensation Kim Dickens wins lead role in "Walking Dead" spin-off
7th Enero 2015 @ 04:13am
Kim Dickens' being chosen as the female lead in the Walking Dead spin-off is creating much conversation within Hollywood circles about her impressive a ...

Rosamund Pike wants to get pregnant with second child following Gone Girl shoot
28th Octubre 2014 @ 06:10pm
Rosamund Pike says that the tough and hard experience of shooting Gone Girl has made her want to have another baby

Emily Ratajkowski: Model, actress, all round star on the rise
8th Mayo 2014 @ 11:08am
Emily Ratajkowski is a model turned actress who is still enjoying her rapid rise to success